We would like to offer our sincere support to anyone coping with grief. Enter your email below for our complimentary daily grief messages. Messages run for up to one year and you can stop at any time. Your email will not be used for any other purpose.

Share a memory
Obituary & Services
Tribute Wall
Read more about the life story of Albert and share your memory.

When our dad was born, almost 100 years ago, they immediately broke the mold. There would be no other quite like him. He had us convinced that he would live forever. That is why, despite being in his 10th decade, we were shocked by his abrupt death on Christmas morning.

Dad was an inveterate storyteller, regaling us for years about out-running incendiary bombs during WWII, or his time in the Royal Engineers stationed in India. His stories of growing up in Langold, England with the most brilliant of dogs, Rack, had us enthralled.

He loved his dogs. First Rack and then Shannon. When Shannon died in mid-February, Dad insisted on digging a spot for him in the frozen ground of our backyard. And lastly, Spock, who was both feisty and deeply loving. Spock and Dad were mutually devoted, inseparable companions.

Dad was a rescuer by nature, a modern knight. No matter how inclement the weather, Dad came to the rescue of any one of his children to fix a broken bike or, later, cars in crisis. He also was known to occasionally rescue people in dire circumstances.

He was a boy at heart, ready to drop anything to play a game, build an ice rink in our yard, craft swords for swordplay, or organize an imaginary hunt through a field behind our home. One Sunday dinner, he marched around the dining table doing takes from the Ministry of Silly Walks.

And the intellect! Woe betide the guest who thought they were well versed in a particular subject. Dad, innocently enough, would start by saying, “I don’t know much about it, but…” He would then share his encyclopedic knowledge of the topic. We listened in awe. We were humbled.

Some might say that having lived to his 99th year was a good thing, but he was not ready to go, and we were not ready to have him leave us.

The Arthur, Castaneda, and Weinstein Families.

To send flowers to the family or plant a tree in memory of Albert Arthur, please visit our floral store. 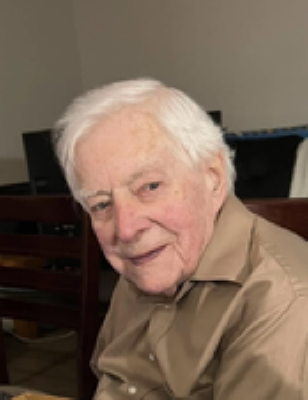 In Loving Memory Of

Look inside to read what others
have shared
Family and friends are coming together online to create a special keepsake. Every memory left on the online obituary will be automatically included in the book.

In Loving Memory Of

Look inside to read what others have shared

Family and friends are coming together online to create a special keepsake. Every memory left on the online obituary will be automatically included in the book.

You can still show your support by sending flowers directly to the family, or by planting a memorial tree in the memory of Albert Arthur
SHARE OBITUARY
© 2023 Genesee Valley Cremation. All Rights Reserved. Funeral Home website by CFS & TA | Terms of Use | Privacy Policy | Accessibility